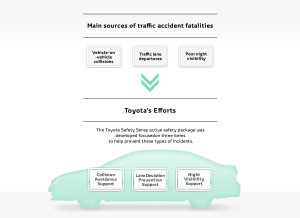 Designed with customers well-being in mind, the All New 2016 Toyota Fortuner is equipped with effective active and passive safety systems like the ABS, GOA body, dual SRS airbags and head impact protection. 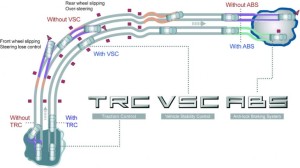 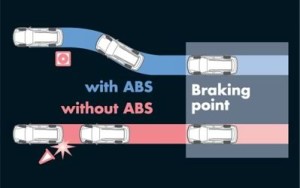 The ABS in Toyota Fortuner 2016 model prevents the wheels from locking and stabilises braking performance even on slippery roads.

Toyota HiLux Revo ABS is ahead of its competition. Toyota world class Anti-skid Braking System is part of its Active Braking with intelligence (AB-i) safety technology and comes as standard across all HiLux models. 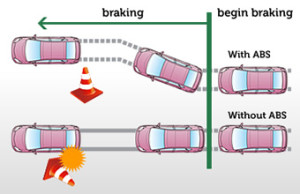 The system uses a combination of modern electronics and a hydraulic actuator to monitor the wheels during braking. If the system detects that the wheels are beginning to lock, it automatically adjusts braking pressure to free the lock up. To help assist the driver retain control of steering during hard braking or an emergency stop, helping to avoid accidents.

The ABS (Anti-lock Brake System) monitors the speed of each wheel to detect locking. When it detects sudden braking, it will release braking pressure for a moment and then provide optimum braking pressure to each wheel. By repeating this process in a short period of time, it enhances steering control during sudden stops. As a result, it will also help improve the ability of stopping the vehicle.

ABS is another reason for HiLux’s legendary un-breakability – even though you can’t rely on the weather, or the driver in front of you, this is a vehicle you can depend on. Book your Toyota Hilux Revo now and stay safe. 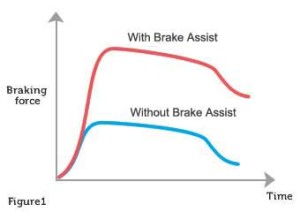 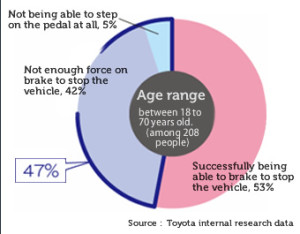 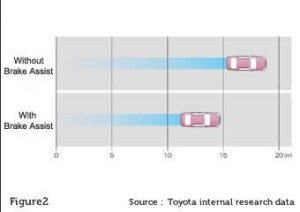 Studies show that nearly half of all drivers do not step on the brake quickly and strongly enough to stop the vehicle in case of an emergency.

When Brake Assist detects an attempted panic stop, it supports drivers by strengthening the power.

Brake Assist will detect attempted panic braking based on the force that is applied to the brake pedal and how fast the driver is stepping on the pedal. When the system recognizes sudden braking, it will add additional pressure to the brake.

When your foot is released during Braking Assist,braking power lessens and regulates the brakes with ease. 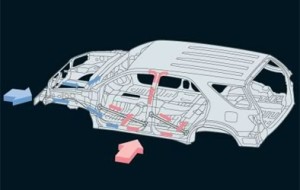 Toyota Fortuner comes with Autonomous Emergency Braking which supplements ABS and brake-assist to give another level of braking protection during emergencies. 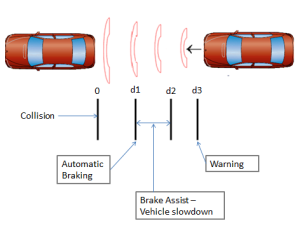 Many accidents are caused by late braking and/or braking with insufficient force. A driver may brake too late for several reasons: he is distracted or inattentive; visibility is poor, for instance when driving towards a low sun; or a situation may be very difficult to predict because the driver ahead is braking unexpectedly or a pedestrian crosses the street without paying attention. Most people are not used to dealing with such critical situations and do not apply enough braking force to avoid a crash or do not brake at all because there is not sufficient time to react.

Several manufacturers have developed technologies which can help the driver to avoid these kinds of accidents or, at least, to reduce their severity. The systems they have developed can be grouped under the title:

Autonomous: the system acts independently of the driver to avoid or mitigate the accident.

Emergency: the system will intervene only in a critical situation.

Braking: the system tries to avoid the accident by applying the brakes.

AEB systems improve safety in two ways: firstly, they help to avoid accidents by identifying critical situations early and warning the driver; and secondly they reduce the severity of crashes which cannot be avoided by lowering the speed of collision and, in some cases, by preparing the vehicle and restraint systems for impact. 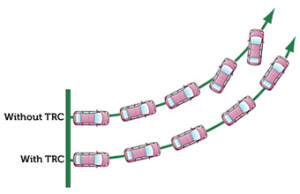 When you are starting your Toyota Fortuner or accelerating on a wet surface, you could lose control of the wheel because of wheel spin. TRC will help prevent such events from happening.

TRC continually monitors the condition between the tires and the surface of the road.

When it detects wheel spin, the system applies brakes or slows down the engine to regulate spinning and help ensure proper contact of tires. This help prevent the car from becoming unstable.

There might be the cases in which the half-side of the wheel runs off or the wheels spin off on the snowy road. And also there might be the case that the current tractino control might not be working well.
In those cases, Auto LSD is one of the technologies which both improve startability and runability. 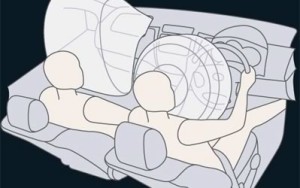 Lessens impact to the driver’s and front passenger’s head and chest in the event of a frontal collision.

Fortuner comes with VSC which helps prevent wheels from slipping sideways when cornering or sudden steering.

VSC is a system that helps prevent side skids and help stabilize the vehicle while turning on a curve. According to the National Highway Traffic Safety Administration’s (NHTSA) report, vehicles equipped with VSC compared to those without can effectively reduce single-vehicle accidents by 35% for automobiles and 67% for Sport Utility Vehicles (SUV).

*VSC is designed to help the driver maintain vehicle control, and it is not a substitute for safe driving practices. Also, the system will not be able to surpass the performance of the quality of the tires. 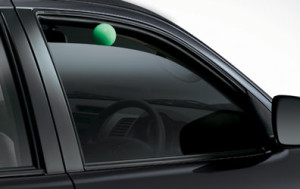 The Jam Protection sensor automatically lowers the window when an object is detected. 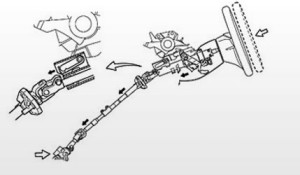 In the event of an accident, the steering wheel column collapses out of harm’s way without posing a threat to the driver. 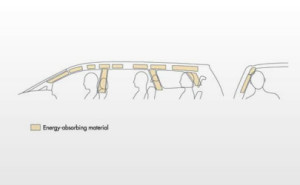 A collapsible, force-absorbing material is built into the pillars in order to absorb the impact on occupants’ heads during a collision.

Front and rear parking sensors alert you of any obstacles within your vehicle’s path. 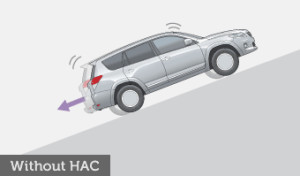 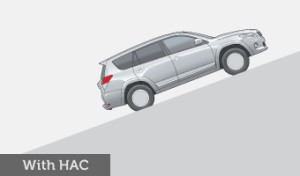 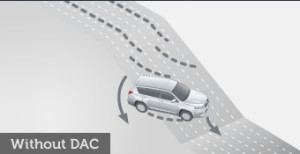 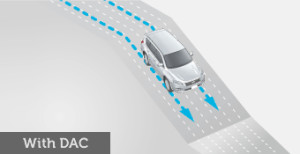 There may be unexpected cases for the driver where the vehicles may slide when starting on sudden hills or slippery surfaces. HAC minimizes vehicle roll-back by controlling brake fluid pressure as the driver’s foot is removed from the brake to the accelerator on such steep incline.
Furthermore, DAC maintains vehicle speed at 5km/h to help ensure vehicle stability when descending sharp slopes or slippery surfaces.